Home/ car/Opinion: What the car industry could teach politicians

Opinion: What the car industry could teach politicians


The car industry is far from perfect. The Volkswagen diesel emissions and Takata airbag scandals are evidence enough of that.

But there are things the motor industry does rather well. It’s extremely adept at selling you stuff. It takes objects that are the second most expensive thing you’ll ever own, after a house, and it makes them not just desirable but also affordable.

It’s remarkable, really. Cars are expensive things. But car makers put them within reach, and then market the hell out of them to make you want one. A lot of people could learn from the way they do it. 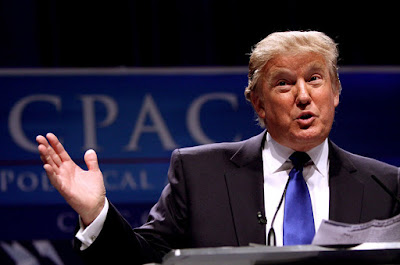 I’d like to think I’m immune to marketing, as do you, I suspect, but it’d be foolish to think that marketing doesn’t work. In some way, we’re all influenced by the messages we’re sold.

And car makers sell them brilliantly. If you buy this car, it’ll make you more attractive, it’ll be perfect for your active lifestyle – because you look like a young, go-getting sort – and it’ll probably save you money, it’ll be fun to drive and it’ll be reliable. And so on.

What you’ll not find is a car maker telling you what a moron you are if you buy a car made by someone else. Which, after two elections of note this year – won, apparently unexpectedly, by Brexit and Donald Trump respectively – is a lesson politics and the social media sphere might like to learn.

Mercedes-Benz doesn’t tell you that you’re an idiot for choosing a BMW, see. In the same way that McDonald’s resists the urge to tell you not to be so stupid as to consider Burger King and Coca-Cola doesn’t call you a loser for thinking about a Pepsi, Mercedes-Benz just tells you what you’d like about a Mercedes-Benz.

The EU Remain campaign’s ‘Project Fear’ and the Democratic Party campaign’s ‘Love Trumps Hate’ didn’t get that. They just lavished even more attention on their opponents. In parenting books, they advise you not to say “Don’t paint on the walls” to a child because it contains the phrase ‘paint on the walls’. So why stick the name of your chief rival in a campaign that should be all about you? Why tell people to look at that bus?

If you visit the Ford Focus review page – as I am doing now – Skoda is asking you to “test drive an award-winning Skoda”, VW is inviting you to “take a look at a Golf R-Line Edition” and Nissanis offering to give you a £1650 deposit contribution on a Juke. None is suggesting you’re a moron for looking at a Focus.

Leave and Trump won because they were clear about the message they sent. Regardless of how accurate those messages turned out to be, the message was straight: “You vote for me, you get this.” 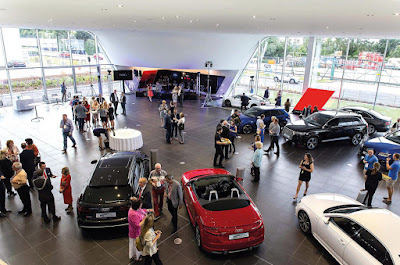 Only very occasionally do car makers veer from this path and have a wee pop at each other in adverts. But that they usually don’t is not a reflection of how nice they are, or that they have some kind of unwritten respect for each other. No. They won’t tell you you’re a racist, a bigot or an idiot for considering an alternative, partly because they know it isn’t true but, more important, because they know that doesn’t work. Perhaps one day politicians will realise it, too.