Home/ car/How Convertible Was My Crossover: BMW X2 Cabriolet Could Be a Thing

How Convertible Was My Crossover: BMW X2 Cabriolet Could Be a Thing


SUVs, it could be argued, started out as convertibles—see the original Jeep and the later Jeepster for proof—but the idea of an open-topped crossover SUV has seemed a bit far-fetched and weird. Certainly that was the case for the Nissan Murano Cross Cabriolet, although Land Rover’s Range Rover Evoque convertible is now trying to redeem the concept. It may soon be joined by BMW, which is mulling a cabriolet version of its upcoming X2. 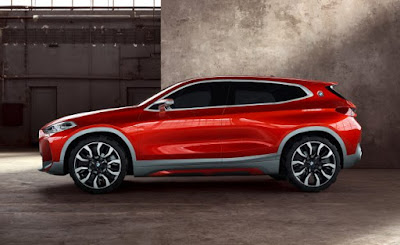 Unlike BMW’s X4 and X6, which don’t deviate far from the X3 and X5 models on which they are based, the X2 features a distinct and sporty body style with a low-slung profile. This car was previewed by the X2 concept (above) at the 2016 Paris auto show, and the show car is said to be accurate down to the details. And even though it’s a four-door, it does look like a coupe.

The possible convertible version, of course, would be a two-door vehicle in order to maintain some structural rigidity. Aimed at regions such as Florida and California as well as the traditional European markets, an X2 convertible would be fitted with a turbo 2.0-liter four-cylinder rated at about 230 horsepower. An M Performance version with close to 300 horsepower is possible as well; it could fill one of the gaps in the M and M Performance lineup that BMW executives have repeatedly alluded to.

While BMW has confirmed plans to produce an X2, which will be derived from the front-wheel-drive platform that underpins the current X1, a convertible version is still speculative. If it does get the nod, it could be on the sunny streets of Palm Beach, Palm Springs, or similar environs by 2020 or so.