It's yet to be given the go-ahead, but hybrid technology would be an interesting choice for a faster model, according to Lexus's chief enginer 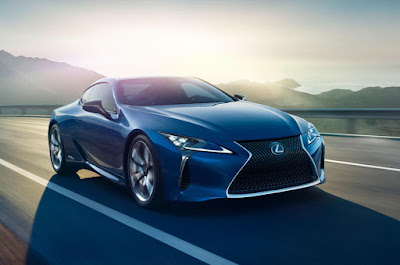 A hardcore, hybrid-powered Lexus LC F sports car could be developed in the future - although insiders say the project has yet to be given the green light.

The new LC500 and LC500h - the former powered by a 467bhp V8, the latter using a 354bhp V6 coupled to an electric motor and hybrid system - are set to launch in the UK next autumn. Rivals include thePorsche 911, Jaguar F-Type, Maserati GT and BMW 6 Series, although Lexus describes the car as having long-distance GT cruising capabilities.

The car was developed with the express intent of highlighting Lexus’s sporting credentials and a new focus on dynamic capability, leading to speculation that an F model was inevitable. However, Koji Sato, Lexus’s chief engineer, denied such a project was under way but conceded that the hybrid technology could be more interesting if the project was approved.

“Everyone is expecting an F model, but right now we are not sure,” said Sato. “The interesting thing is that Porsche is developing a sports car with electric power, and there is the BMW i8, so maybe a big engine with more power is a little bit heading in the old style. The hybrid model may be an interesting idea. The sudden torque provided by the electric motor is much faster and more unique - and perhaps more interesting for the customer.

“Lexus is a pioneer of hybrid systems and perhaps we have a role to show that hybrid has more capability now. It would be a unique driving experience, I think. So maybe the LC500h is the car that would satisfy the requirement for a faster car.”

Lexus claims that the standard LC500h hits 0-62mph in under five seconds while the LC500 takes less than four and a half seconds.