With over 200 orders now placed, production is being ramped up in 2017 to bring the waiting time down from the current three years

Bugatti Chiron production is being stepped up next year as the waiting list for new orders has eclipsed more than three years before any customers have even test driven the new hypercar. 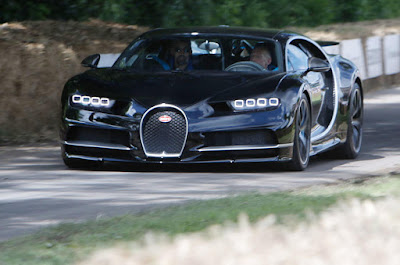 “Demand has been incredible and these are not the kind of customers who like to wait too long for a new car,” said Bugatti boss Wolfgang Dürheimer. “We will step production up next year to bring the wait down, but there is only so much we can do. Traditionally, we have manufactured one car a week. Next year, the total for the year will be around 65.”

Drives for potential customers will begin next March, and Dürheimer anticipates the full production run of 500 standard Chirons selling out shortly afterwards. “We have many prospects who are keen to know more and wavering on putting down a deposit. My feeling is that after driving the car, most will buy one.”

The largest order of Chirons by a single individual is six. It was placed by a customer who was buying a car for himself and as gifts for other members of his family. Dürheimer stressed that even in such circumstances, the company cannot offer a discount, reasoning that it will sell the cars at full price regardless.

Dürheimer also played down talk of a second Bugatti model line. The firm has investigated several concepts in recent years, including showing the Bugatti Galibier saloon concept. However, the fallout from the Dieselgate crisis and the new focus on investing in electric cars at Volkswagen, which owns Bugatti, has reportedly made the business case for fringe products harder to justify.