The Bentley Bentayga is the firm’s first SUV – and it’s set to send sales figures soaring by providing an even plusher alternative to models such as the Range Rover, Audi Q7 (with which the Bentley shares its underpinnings) and, to a lesser extent, the agricultural Mercedes G Class. In reality, the Bentley is by quite some margin the most expensive SUV currently on sale (at least until Rolls-Royce unveils its new SUV in 2017) – putting it in a class of one. It’s an incredibly expensive car – starting from £230,655 before options, but your investment will be rewarded with a car that’s faster than any of its competitors and one that provides a new world of luxury. 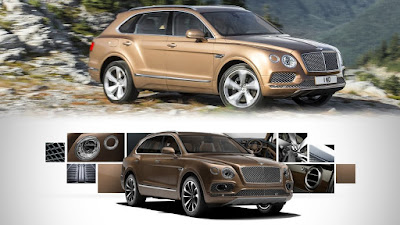 The latter of those points is immediately apparent when you climb aboard to be greeted by a cabin that’s armed to the teeth with high-grade leather, expensive wood and high-quality metal trims. Specified correctly – there are 15 leather hides and four wood veneers to choose from – it looks tasteful, but whether that extends to the outside is very much down to your point of view. The Bentayga’s interior doesn’t just look luxurious, it smells it too. Passengers are spoilt with an almost endless supply of high-quality hide, wood and turned metal and uber-comfortable quilted leather seats. 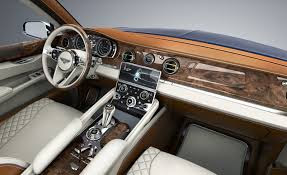 Nestled between the two analogue dials that dominate the instrument binnacle is a multifunction digital screen, but the main feature is the eight-inch touchscreen that is the best of its type available on any Bentley. As in the Continental Flying Spur saloon, some switchgear is shared with cheaper Audis, but it would take a discerning eye to spot this. Bentley has ditched the large gearstick that you’ll find in the Mulsanne four-door to free up space for buttons on the centre console. The gearbox can also be operated via paddles that rotate with the surprisingly small steering wheel. 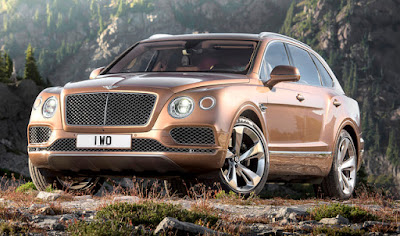 It also has a towing capacity of 3.5 tonnes, so it can handle a trailer load of Arab stallions or a boat. Although, as one Bentley client apparently noted, if you can afford a Bentayga your boat will be much too big to tow. It's also that rare thing: a completely new car from the ground up. This is the sort of challenge designers and engineers love, although that clean sheet of paper is about as daunting as the blinking cursor at the top of a newly opened Word file at the start of a Don DeLillo novel. Bentley's SUV odyssey also got off to something of a false start with 2012's EXP 9 F, a vehicle so spectacularly inelegant even Uday Hussein would have rejected it as a bit OTT.

The Bentayga is a vast improvement, and manages to import Bentley's principal values - design, materials, exclusivity and individuality - into new territory. In other words, it doesn't look like a Range Rover or Porsche Cayenne, the two current SUV kingpins newly threatened with deposition; it looks like a big, jacked-up Bentley. It has the bluff, stately nose, the "power line" along its flanks and engorged, propulsive rear haunches. Whatever else you might think, you just know it's going to make a serious statement pulling up outside the Burj Khalifa or Claridge's.