The Vantage V8 S on which the Aston Martin DB10 is based is feeling a little long in the tooth but if it’s good enough for Bond, it’s good enough for us. What’s more, some lucky person will actually be able to buy a DB10 as one of the two publicity cars will be auctioned off for charity. No doubt for a large sum.

Aston Martin today confirmed it would call its DB9 replacement the DB11, as long predicted by CAR magazine. It may dodge a digit - whither DB10? - but this continues an historical naming strategy that has seen other DB badges disappear over the years. The company has even issued the first look at the freshly contoured DB11 badge that'll adorn the new GT's rump. 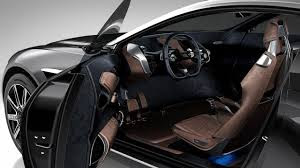 Aston Martin CEO Andy Palmer revealed all to Auto Express, while also explaining the reasoning behind the move. “The current car’s 12 years old now,” said Palmer, “so arguably we’ve missed a step.” Under the bonnet is expected to be a development of the existing Aston Martin V12, possibly with turbocharging for added power and efficiency. However, it’s likely that a V8 version could join the line-up, taking advantage of Aston Martin’s relationship with Daimler – the German company has a five per cent stake.

The latest twin-turbo V8 from the Mercedes-AMG GT is a likely candidate for the new DB11. We’ve already seen spy shots of the DB11’s interior, hinting at an S-Class-style dash display and Mercedes switchgear. A Mercedes-sourced navigation system would also help solve one of the main reasons Palmer cites for people not buying Astons. 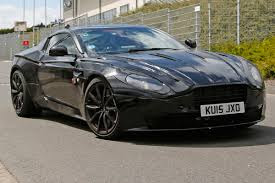 There are some neat design cues, including the strong shoulder line that runs from front to back and small perforations in the bonnet. Climb inside and almost everything you can see or touch is leather or carbon fibre. There’s also a little touch pad on the steering wheel – though you’ll have to watch the film to see exactly what that and other Q-branch gadgets fitted to the car actually do.

Being a prototype, the DB10 has absolutely no soundproofing, so the noise from the 4.2-litre V8 reverberates around the cabin. Watch the movie and Bond will claim his car can do 0-60mph in 3.1 seconds – but while the DB10 feels quick, it’s not that quick. In fact, it uses the 430bhp unit from the Vantage S, so 4.8 seconds is more accurate. 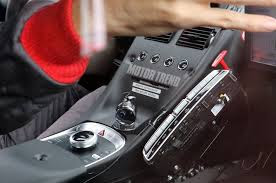 Not much is known about the grand tourer set to replace the DB9 . Even the name it will carry was a mystery until now, with Aston Martin placing trademarks for names DB10 through DB14. With the DB10 moniker having already been used for the bespoke 2015 Aston Martin DB10 car built for the James Bond "Spectre" movie, I had a hunch the new coupe will be named DB11, but it’s only now that Aston confirmed it. Unsurprisingly it felt rather like a normal V8 Vantage S. It has great body control, feelsome steering and strong brakes and the ride is good, too, which meant we got out of the DB10 feeling stirred, not shaken in true 007 style. 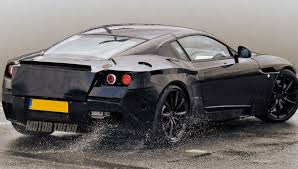 Normally, this would be a case of "nothing to see here, move along." But with the grand tourer surfacing at least a couple of times a month with about a year left until it breaks cover, it means Aston Martin has a lot of testing to do before the "DB11" is ready to hop on the assembly line. It’s probably more than the Brits are used to, given the DB9 is already 11 years old, but the end result should be grand tourer that bests its predecessor in just about every department. What’s more, with at least a couple of prototypes out there, it could mean Aston is indeed developing both a V-8 and a V-12 for the upcoming model.