The 2016 Nissan Maxima ranks 1 out of 11 Affordable Large Cars. This ranking is based on our analysis of published reviews and test drives of the Nissan Maxima, as well as reliability and safety data.

Its price, features and size make it hard to categorize, but regardless what competitors the 2016 Nissan Maxima is compared with reviewers praise its plush interior, potent engine and athletic handling. 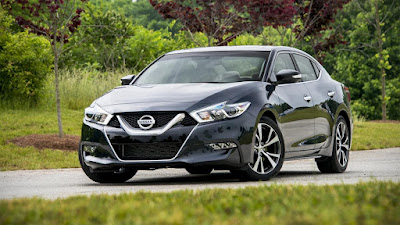 Design is one area that the new Maxima wants to be known for, and the eighth-generation sedan has stayed remarkably close to the Nissan Sport Sedan Concept car that previewed the production version, appearing at the 2014 Detroit auto show. Aside from adopting the new V-Motion corporate grille, seen on the redesigned Rogue and Murano, the Maxima sports flowing yet angular character lines leading from the nose to the very back of the car, topped with a floating roof that was previewed on the concept car. V-shaped headlights have become longer and sharper since the last time we saw them on the outgoing model, with the new sedan sticking with the boomerang shape for its taillights as well. Both headlights and taillights incorporate LED elements, with the former serving as daytime running lights. With 61 percent new parts, Nissan’s 3.5-liter V-6 breathes better and burns hotter, with sodium-filled valves from the GT-R to help cool the fire, and the engine sounds less gritty than previous VQ mills. Horsepower rises by 10 to an even 300, with a stand-pat 261 lb-ft of torque. By shedding 82 pounds, Nissan claims the Maxima has a better power-to-weight ratio than the V-6-equipped Acura TLX or BMW 328i. Nissan didn’t offer a performance dance card, but we estimate a waltz from 0 to 60 mph in about 5.8 seconds. 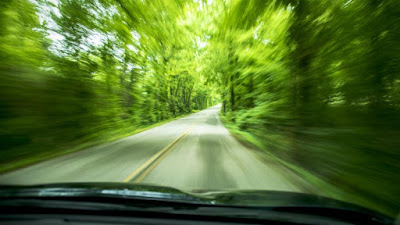 The Maxima will be available in five trim levels and with no standalone options to keep things simple. S is the base model and includes standard navigation displayed on an 8-inch capacitive monitor that allows smartphone-like controls (pinching and swiping) and Bluetooth connectivity. A leather interior arrives on SV models, while the SL adds a panoramic roof. The Maxima line then splits into the sporty SR trim level with a revised suspension and steering setup as well as larger 19-inch wheels and paddle shifters, while the Platinum trim offers a wider range of luxury touches for the interior.