There is a tremendous amount to admire about the A4 Avant. The range of refined engines and the comfort-oriented adaptive suspension suit the estate even better than the saloon. Its boot is neatly designed, and while it’s not the biggest, it should be fine for most. If you'e looking for a premium-badged compact estate and value fuel economy, interior quality and usability, then the A4 should be your first choice. 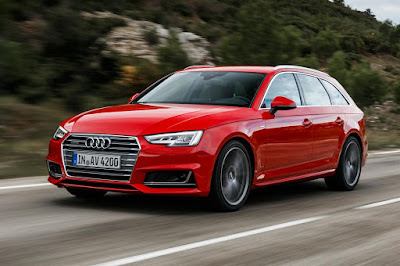 The old A4 Avant had become the bit-part player of this trio, clinging onto its rivals' coattails and feeling rather outdated. That’s all changed now, and although this new version might not look radically different, don’t be fooled. It really is all new and when it goes on sale in November, it will face a Mercedes C-Class Estate that was fresh out the box last year, and a BMW 3 Series Tourer that was re-booted just a couple of months ago.

While the BMW 3 Series has rediscovered its sporty side in 2015, Audi has taken the laid back approach, and designed an estate that’ll really ease the burden of driving. 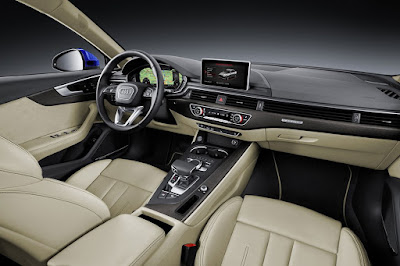 The 2.0-litre diesel we drove (in its 187bhp guise) is not quite the paragon of refinement we might have hoped, as it does send a bit of buzz through the controls, but overall it’s still much quieter than any of the four-cylinder units offered by either Mercedes or BMW. Road- and wind noise are also really well suppressed, too, so the car really lets you shrug off longer trips.

This is clearly an evolutionary design, with a conservative flavour that'll scare away precisely no company car buyers in the UK or customers in Europe, America or China, Audi hopes. They've deliberately kept the style in keeping with the Audi saloon vibe, outside at least. Is this enough though, in an age where Mercedes is making its execs more edgy and where Jaguar is now hoping to hoover up some of the cautious brigade? 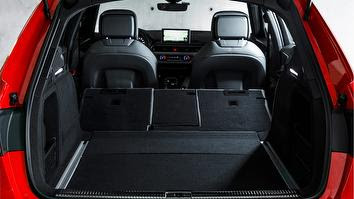 Inside the new A4 lies a more revolutionary cockpit, with the adaptive 12.3in LCD digital screen seen in the latest Audi TT. It's entirely configurable, letting the sat-nav gobble up the entire read-out or conventional dials, with many grades in between. This is the TT's party trick and it's one that no compact exec rival can match.

Despite being the more powerful 2.0-litre diesel, it emits just 107g/km CO2. Performance is plentiful, reaching 62mph in 7.7 seconds, while the handling is competent enough to give the much-lauded Jaguar XE a tough time.

But the impressive aerodynamics don’t just help performance and efficiency. It also means wind noise is minimised, and the cabin is well insulated from road and engine noise. The tech-packed interior feels impressively premium, although the transmission tunnel does encroach on space, particularly in the rear.