Few people know this sedan also marks the presence of the names on the map Lexus car industry in the world.

As planned, the luxury brand of Toyota group will bring to a luxury saloon model to embody the idea of the next generation LS line. Still, the current Japanese automaker has not revealed specific information. However, make sure to mark the 25th model of Lexus will present very special. 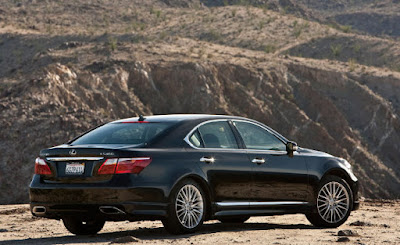 LS - sized sedan of Lexus to compete with the Audi A8, BMW 7 Series and Mercedes-Benz-S-Class - will play the role model represents technological capability for the entire product range Lexus and Toyota. It also emphasizes the new initiatives will be available on the company's vehicles.

According to some sources, the new generation LS will use V8 HYBRID structure for power up to 535 horsepower. Of course, variations may also be present with about 465 horsepower.

LS line itself has great significance for the Lexus. In 1989, this is also the company's first model was launched. It has spent $ 1 billion for the development with the goal of redefining the standards of a luxury saloon. Prior information on new vehicles, Lexus Europe director Alain Uyttenhoven said the car will be the culmination of the company's products and of course will come with the highest price. He also denied rumors about the LS will switch to modern design similar to the Porsche Panamera.