After decades of making estate cars with names like ‘Forester’ and ‘Legacy,’ it’s hard to understand what possessed Subaru to choose ‘Levorg’ for the latter’s replacement.

But it did. This all-new station wagon is smaller than the Legacy, but it aims to do the same sort of job – providing sporty, modestly upmarket GT-style transport in a package that’s as practical as an everyday estate. 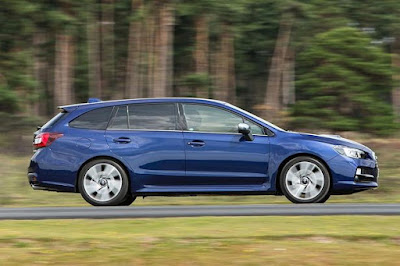 Power comes from the WRX's direct-injected 2.0-liter turbo, though in the Levorg 2.0 it's tweaked to the tune of 296 horsepower at 5,600 rpm and 295 lb-ft of torque at 2,000 -- substantial bumps from the WRX's 268 and 258, respectively. (A 1.6-liter turbo making 168 horsepower and 184 lb-ft serves as the Levorg's base engine.) The sole transmission offering is a continuously variable automatic that routes all the gusto via Subaru's VTD-AWD system, split 45/55 front/rear. Selectable SI drive modes (Intelligent, Sport, and Sport Sharp) and steering wheel-mounted shift paddles are standard

Different from the norm. If your idea of the perfect estate has to include a manual gearbox and a diesel engine, this new Subaru might not be your cup of tea. 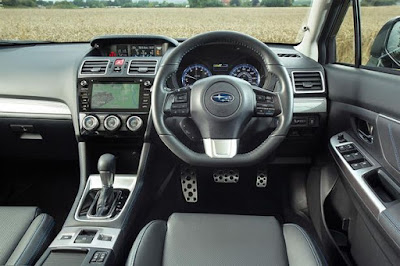 However, it's not without its positives, and there are plenty to choose from, such as the new engine, which is a real highlight. It might not have quite as much power at some other turbocharged Subarus, but the 1.6 unit is really refined. It delivers its power and 184lb ft of torque in a smooth, linear fashion right across the rev range, and this flexibility makes it relaxing to stroke along a country lane.

Performance is best described as brisk, but the car will have no problem keeping up with motorway traffic. Load the impressive 522-litre boot to the gunwales and drive up a really steep hill, though, and it might be a different story. 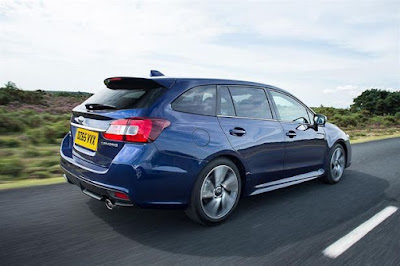 The manufacturer has not confirmed pricing and specification for the model, but it is likely to be available with a 1.6-litre four-cylinder engine that makes 125kW and a more powerful 2.0-litre version with 221kW of grunt.