The DS 4 offers plenty of individuality compared with its ubiquitous premium hatchback rivals, thanks to its styling and its rarity. However, with a disappointing driving experience, poor practicality and patchy quality, it offers very little else. 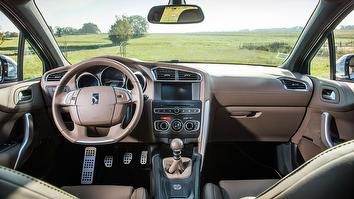 The DS4 is the latest model in the range to be facelifted, gaining distinctive front-end styling that distinguishes it further from the Citroen C4 on which it is based. Other upgrades include the fitment of a new 7in touchscreen sat-nav and system that supports Apple CarPlay.

The key changes are the adoption of the DS-specific front end, with a distinctive grille and new headlights. There’s also new equipment, including a 7.0in touchscreen sat-nav and media system that features Apple CarPlay.

Two trim levels are offered, called Elegance and Prestige. Both are well equipped, offering the likes of sat-nav, Bluetooth, climate and cruise control as standard, while a range of upgrades, trim and paint finishes are also available. 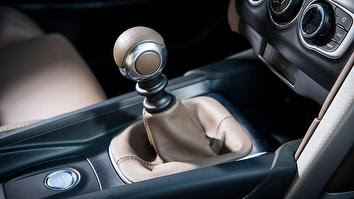 To look at, the latest DS 4 hasn’t changed a whole heck of a lot since its days as a Citroen. It has a new grille surrounded by chrome trim, and revised headlamps that incorporate LED running lights, but the overall proportions of the car remain largely untouched, with a plunging roofline towards the rear to give a coupe-like profile.

DS’s new THP 210 engine provides adequate motive power, with a linear response and a suitably rorty note. There’s a pronounced shunt as you tip in on or off the throttle, however, which is annoying for a supposedly finely detailed product. The six-speed gearbox has a pleasant shift action, though, and the front axle rarely struggles for traction. Braking power is adequate and the initial response isn't too aggressive. 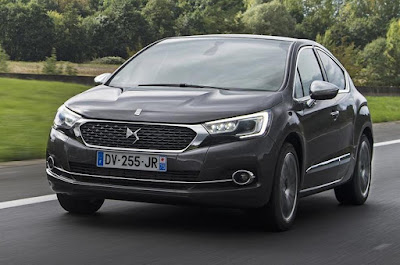 The DS4 certainly has some characteristics that may prove appealing to some, such as its distinctive styling and detailing. It's also a car that comes with plenty of equipment, while its powerful engine, a wide range of options and personalisation features grant it a further edge over similarly priced - or more expensive - rivals.

What it packs in terms of looks and kit, however, doesn't compensate for the fact that it's not very good to drive. Throw in the fact that the rear seats are cramped and difficult to access, and the oddities like the lack of front grab handles or wind-down rear windows, and the net result is somewhat of a disappointment.